Every Small Business Owner Should See This Movie 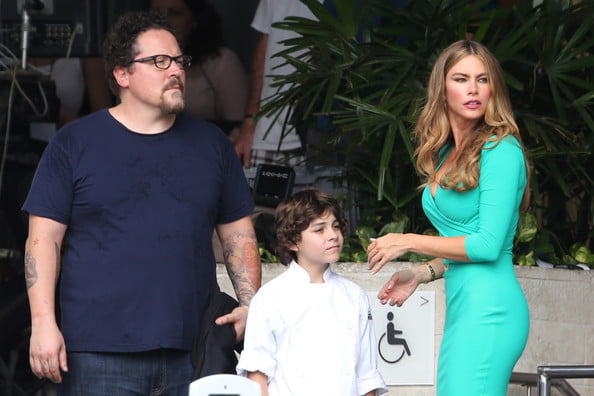 The film "Chef" is about much more than the passion of cooking, reconciling father-son relationships and kitchen camaraderie. It provides insight into technological rift between older and younger generations, and perhaps unintentionally, underlines an important fact: most businesses today need to market themselves on the web in order to have a fighting chance at success in this decade.

The story follows hotshot professional chef Carl Casper (Jon Favreau), who receives an eviscerating review from a top food critic blogger, Oliver Platt, for serving the same old boring “needy” and “uninspiring” food. Chef Casper subsequently walks out on his job after his hardheaded conservative boss (Dustin Hoffman) refuses to allow him the freedom to cook up a new menu. The restaurant’s tried-and-true boring menu was predictable, stable and profitable. Whenever Carl experimented in the past, the results were disastrous, so he was told cook what’s already working or go somewhere else.

We have the older highly experienced, conservative restaurant owner who stereotypically does not know the meaning of “blogging” and is unphased by this popular food critic’s negative online review. From a traditional business standpoint, the decision to continue doing what’s already working seems like the most logical course of action. The restaurant already serves a steady stream of clientele who like the food, and the business is profitable enough. Why risk doing something different?

Then we have the middle-aged gourmet chef who just discovers Twitter with the help of his son and is deeply affected by the famous blogger’s negative public feedback. His reputation takes a nosedive after he awkwardly struggles to navigate through this social media platform that results in an unintentionally public Twitter feud:

@ChefCarlCasper “I would rather have you sit on my face after a brisk walk on a warm day than have to suffer through that f--king lava cake again.”

Casper’s “tech-wiz” 10 year old son Percy spends a solid portion of the film fiddling with his smartphone, and like most kids these days, understands social media and the concept of online promotion, perhaps a little too much for some film critics who claim he was portrayed as far too smart and mature for his age. Why? Because he can open a Twitter account, cook or make short film of 1-second videos..? In reality, anyone who has kids in elementary school knows they know a lot more about digital devices and social media than we give them credit for. Percy walks his father through social media 101, and although the details are not entirely clear later on, the kid basically runs an entire social media campaign for his dad.

Even ‘bad publicity is good publicity’ in this film. In one instance, Chef Casper angrily slams the food critic in his restaurant while surrounding patrons film the meltdown and upload the video to various social media channels. The video goes viral and Casper becomes somewhat famous, although not in a good way at first. Eventually, due to his unemployment and tainted reputation as a chef, Casper attempts to open up a food truck business with the help of his former colleague and son.

Again, we see persistent use of social media as the sole mode of advertising their food truck business. Percy manages to channel his father’s fame and new business through Twitter, Instagram, Vine and Facebook. The food truck becomes a hit after potential customers discover the business’ social media profile, updates and day-to-day status online, and the success of their marketing efforts can be attributed mainly to the Internet.

Certainly, this film is really all about relationships and food, but if you focus on just the cliché aspects, then you really miss the whole point when it comes to modern day advertising.